The store will not work correctly in the case when cookies are disabled.
chevron_left

Whether it’s a refreshing start to the day or the perfect way to wind down before bed, a shower is a modern essential for any bathroom. At Tradebase we have a huge range of showers in all sizes and styles which are the ideal way to update any bathroom. A very cost-effective option, showers come in two main types: mixer showers and electric showers. Mixer showers combine hot and cold water from your main water supply to create the perfect temperature. Electric showers heat up cold water, providing an endless supply of warm water. Talk to our friendly team today to find the right shower for you.

When you’re renovating your bathroom, however large or small, one of the key components that you’re probably considering purchasing is a shower. However, it isn’t as easy as just popping into a store and selecting the first one that you see!

There are so many considerations that come into play when it comes to picking the right shower for your needs that it can become quite confusing. With so many options, styles, shapes, colours, and designs to pick from, it isn’t too surprising that homeowners often struggle to make the right choice for them.

With all of that in mind, we’ve put together this comprehensive buying guide so that you’ll know what you should be bearing in mind when making your final purchasing decision.

What do you need to consider

Starting at the very beginning, let’s take a look at the basics – the things that you need to consider before you can even begin shopping for the right shower for your home:

For example, if small children will be using the shower, you may need to choose a lower shower handset or fit a slide rail to accommodate their needs. If you have long hair, you may want to choose a handheld shower so that you can achieve this more easily.

Bear in mind that this type of shower will use the bath waste, but it’s important to check that your bath is suitable to accommodate this. Some baths are not an ideal pairing with an overbath shower. For example, some freestanding and corner baths don’t work well with a shower due to their shape and positioning.

Often, homeowners opt to fit their shower over a shower tray or in a wetroom, but again, you will need to determine whether the wall in your chosen area is suitable for mounting a shower on and whether your not some wall panelling will be required.

This is especially common in older homes with gravity fed systems. If you have low water pressure, you will need to choose a shower that is compatible. You may need to invest in a pump or a pumped shower.

If you have a combi boiler, though, you can use any shower, so it’s extremely important to check and if you’re unsure, you should consult with a professional plumber who will be able to confirm the best type of shower to suit your home’s requirements.

What are the different types of shower?

Showers come in a range of different types, so you’ll need to be aware of their differences so that you can make a well-informed choice.

The standard mixer shower is the first option that you may wish to consider. A bath shower mixer, or similar is very easy to operate as it just mixes the hot and cold water feeds to create the right temperature for your shower.

A thermostatic mixer shower is a more advanced version of a standard mixer. It mixes the hot and cold water automatically with an internal valve, but comes with a thermostat included that cuts off the hot water should it become too hot.

This type of shower also eliminates the all too common problem of the icy blast of water that comes out of the blue when somebody downstairs turns the kitchen tap on! As it has a thermostat inside it, this type of shower will maintain its temperature whether other taps are turned on or not. Most modern showers today are thermostatic models, with all concealed and exposed valves being thermostatic.

These are a far safer choice, especially for homes where elderly people or children will be showering as they eliminate the risk of scalds. Thermostatic mixer showers come in several types including bar showers, concealed showers, and thermostatic bar shower mixers.

A bath shower mixer is a bath tap that also has an integral shower outlet and you can fix the shower hose onto the tap to redirect the flow of water to the shower. You can choose from either a standard mixer or a thermostatic mixer in this type of shower.

An electric shower will obviously require connection to an electricity supply, so therefore it can be more complex to install initially, however if you’re replacing an existing model, it’s very simple to replace. There are lots of different electric shower models to pick from and they can be fitted with only a cold water feed too. Obviously require electricity so can be more complicated to fit but easy to replace Wide range of options and can be fitted with cold water only feed as the shower itself heats up the water.

Although a power shower is powered by electricity, but they are not electric showers. A power shower requires both a hot and cold water feed as well as a connection to the power supply. This type of shower is helpful in properties that have low water pressure since they come with an internal pump that boosts the water pressure for a better showering experience.

Digital showers and smart showers are the most up to date shower models on the market today. They are thermostatic showers that come with electric controls that are often able to be managed from the other side of the room or even from a smartphone!

Should you choose a concealed or exposed shower valve / kit?

There are two different options when it comes to picking a shower kit – a concealed or an exposed shower. Both come with their own pros and cons, so let’s take a look at them here.

A concealed shower kit has all of its key components and pipework hidden behind the bathroom wall. As less is showing, it creates a more streamlined, “designer” look that is visually appealing. On the downside, though, this style of shower is more difficult to fit and will take longer to install. It will also be more disruptive since it will normally require the wall to be retiled.

An exposed shower has all of the components and pipework on display as they are mounted to the ceiling and wall. As there is more exposed pipework, this type of shower works very well in a traditionally themed bathroom as it’s possible to make the pipework into a feature for an industrial on-trend look.

Exposed showers are typically more affordable and are also easy to replace in the future since the pipe centres for bar valves are always 150mm, meaning that any replacement will work. You can choose from both single and double head designs to suit your needs and preferences.

Essentially, choosing between exposed and concealed showers is really a matter of personal preference (as well as a matter of how easy it would be to conceal the pipework inside your wall).

A fixed head shower is mounted on an arm from either the ceiling or the wall. This style of shower works especially well for high water volumes and is perfect for the rain shower design. It also works best with larger heads of 200mm – 400mm in either a round or a square shape.

Riser and handheld shower heads are mounted onto a bracket that is either fixed to the wall or mounted onto a slide rail kit to allow adjustments up or down to meet the needs of the person using the shower at any one time.

The shower head is fed by a hose, and it’s possible to take off the handset to wash children, pets, or long hair in a more convenient way. Most handheld shower heads have two or three different spray options, and you can have the best of both worlds by choosing a dual outlet shower.

Showers come in a range of different styles, but in general, most homeowners are keen to match their shower to their taps and the other brassware in their bathroom. You will probably also want to match the shower colour to match your shower enclosure and glass panel profiles as well as your taps.

There are various options for thermostatic showers including round and square designs, matt black, chrome, brushed brass, and other finishes, so there’s sure to be something suitable for your home.

As you can see, there is a lot to keep in mind when it comes to choosing a shower for your home. The best place to start is by answering the questions that are the top of this guide as that will help you make the right decision. Ultimately, you’ll need to make your decision based on who will be using it, followed by practical considerations such as whether it can be fitted with ease.

Whatever type of shower you decide to go for, it’s always recommended that you consult with a professional plumber first. They will be able to tell you whether your chosen option will work in your space and will be able to ensure that the installation is carried out correctly. 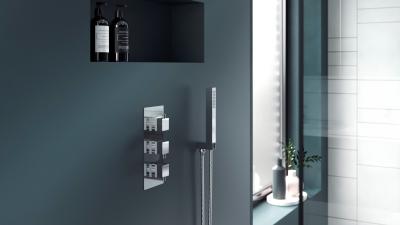 How to choose a Mixer Shower 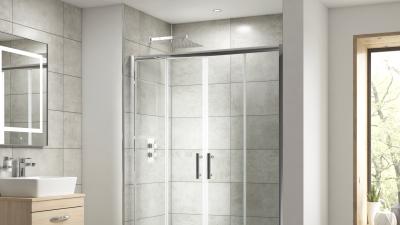 Shower Kits - Everything You Need To Know 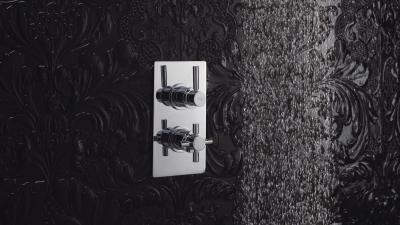 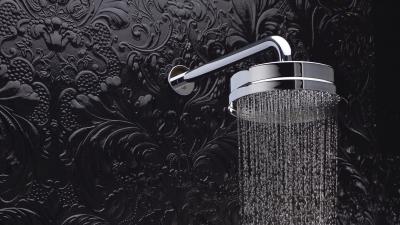